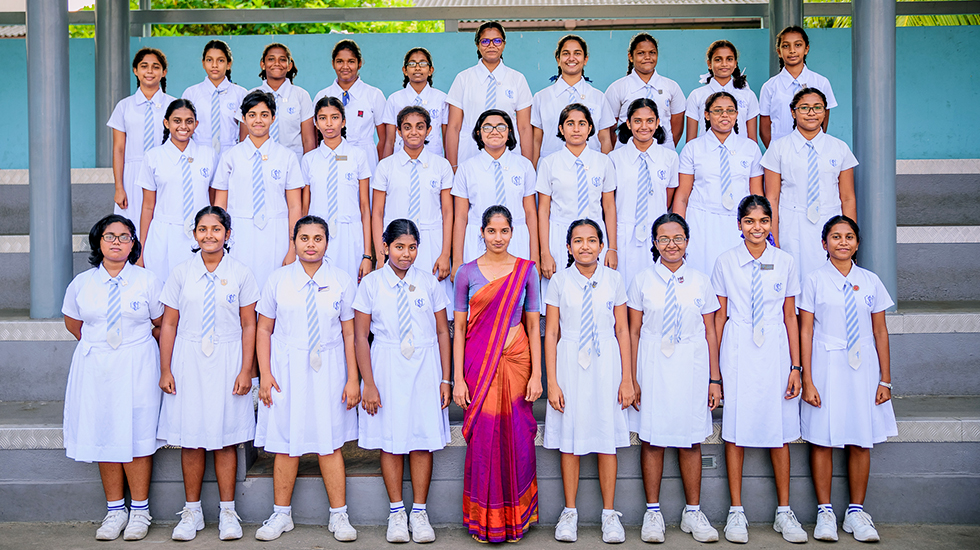 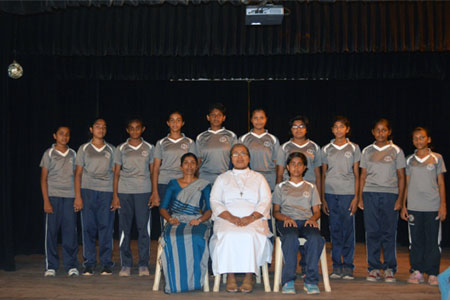 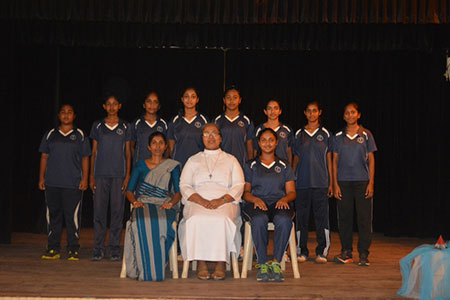 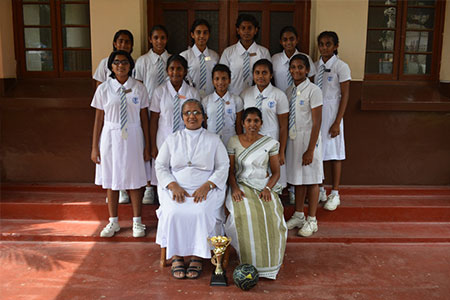 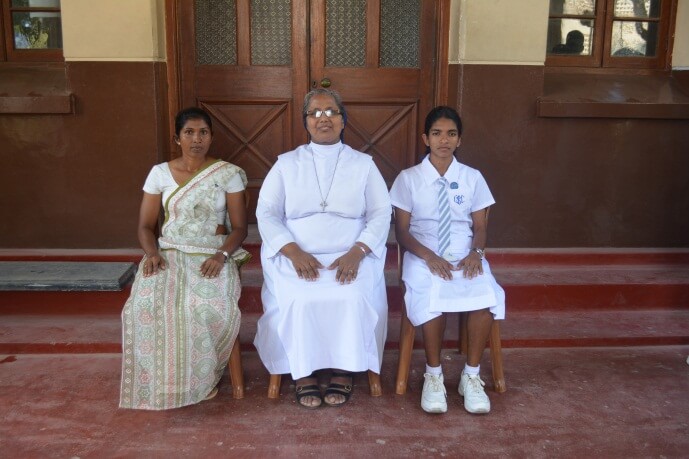 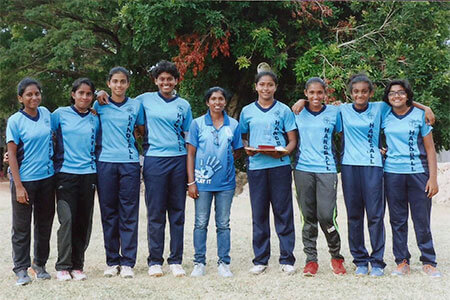 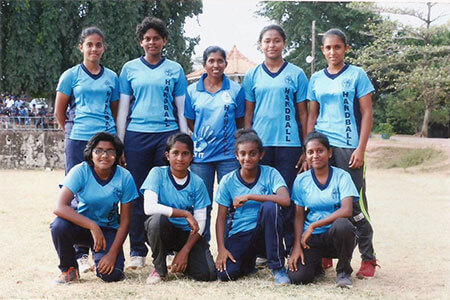 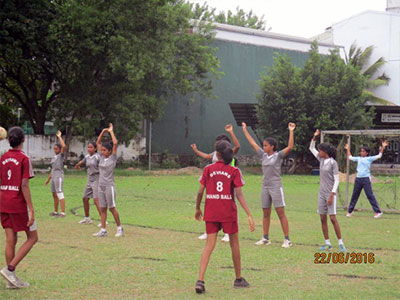 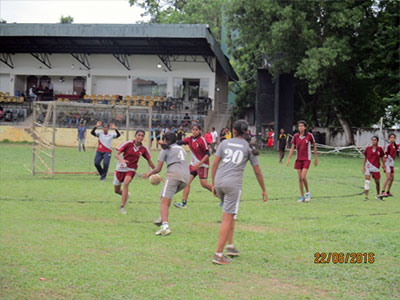 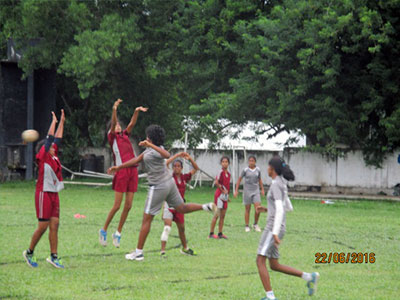 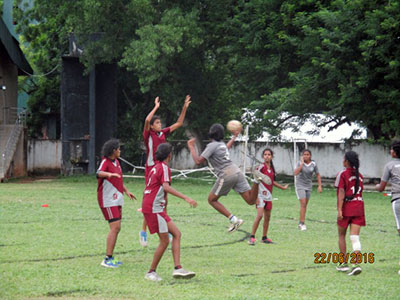 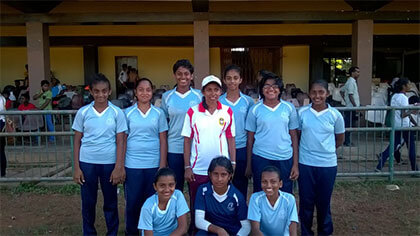 It is a pleasure to inform you that three students of Good Shepherd Convent, Colombo 13 got the opportunity to be a part of the Sri Lanka Schools Handball Team at the SNS Invitational Schools International Handball Tournament held in Malaysia in February 2016. The selections were held in two stages with the participation of about 60 school players from all around Sri Lanka.

Handball was first introduced to Sri Lanka Schools in 2011. In the first All Island Tournament Under 15, girls of Good Shepherd Convent claimed the victory being the unbeaten team of the tournament. Ever since, up to date every year Shepherdians have honored their Alma Mater, by bringing Home victories ranging from the Gold to Bronze, From the Cup Division to Bowl Division in all four age groups i.e. Under 20,18,16 & 14. It is owing to such talents shown by the Shepherdians at the National level that they got the opportunity to represent Sri Lanka Schools at the International level this year.

This is not the first time that the Shepherdians conquered the International handball court. Our mighty Shepherdians were blessed with talent and courage that four of them represented the first Sri Lanka Schools’ Handball Team in 2013. Ms. Saddara Fernando, one of the most senior players of school, was appointed as the Captain of the very first Sri Lanka Schools Girls Handball Team and she successfully led the team in a tour to Malaysia as well.

In continuation of honoring the Alma Mater and proving their dedication,

were handpicked among 60 odd players around the country to be a part of the Sri Lanka Schools handball team this year.

Nethmi Tharaka, being a powerful attacker and a junior player, Anne Raveesha being a significant defender, and Anne Piyumalee being an exceptional center, both of whom were partners of the 2011 victory have contributed a lot to school Handball Teams until today.

The school’s handball team is blessed to have Ms. Darshani Kendaragama as the coach and the teacher-in-charge. With her dedication Ms. Kendaragama led the school team to be among the top in the country.

We heartily Congratulate our players and Wish them and Ms. Kedaragama ‘All the Best’ in their sports career ahead. May God bless them with courage and strength! 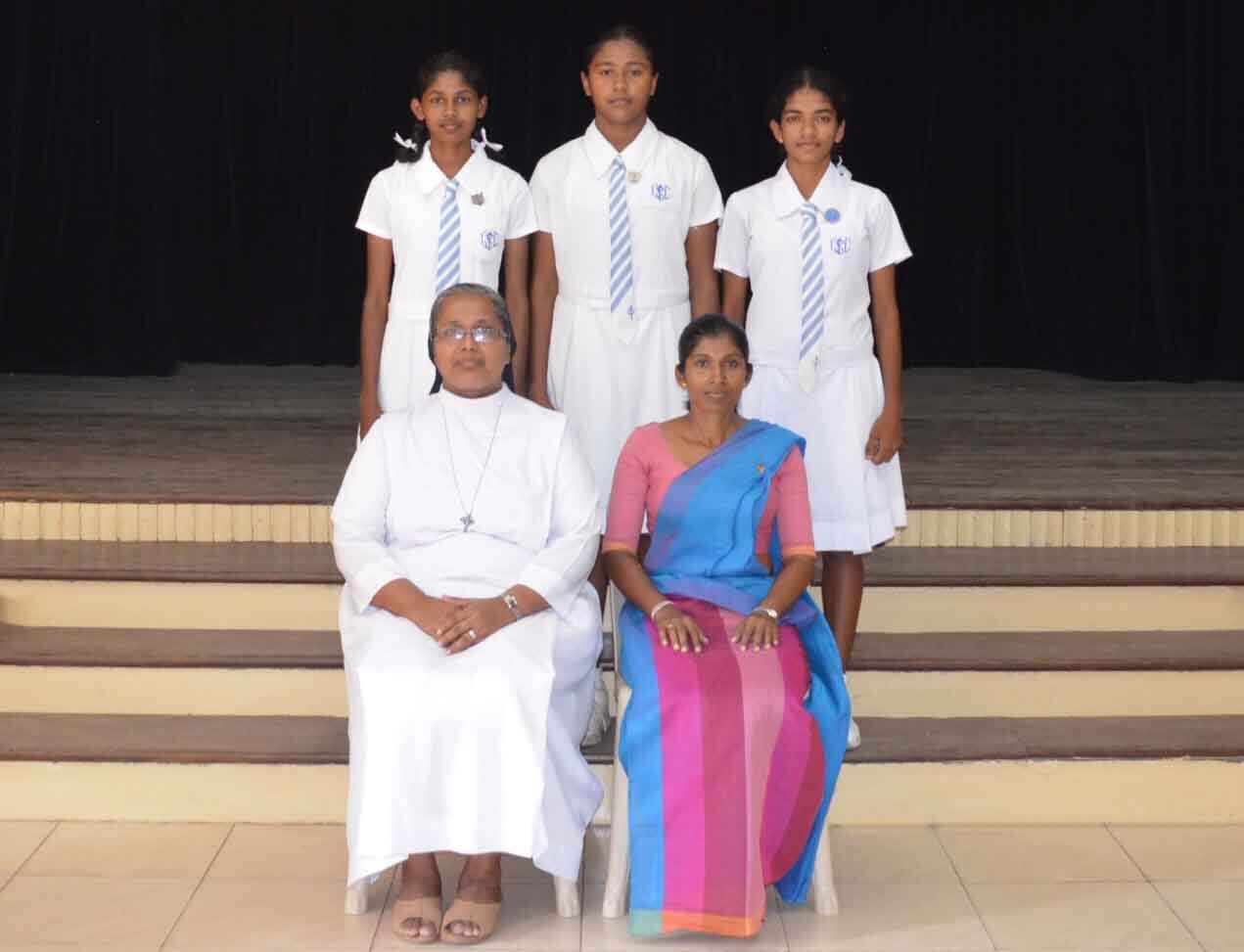 The tournament was held on 22nd, 23rd and 24th at the Public Ground, Kegalle in which the Shepherdians emerged as the 2nd Runners up in the cup division.

The team consisted of 12 players and became the group runners up after beating Madabedda Central College and Princess of Wales, Moratuwa but lost to Buddhist Ladies College with a narrow margin of one goal.

The semifinal was held between Good Shepherd Convent and Lindsay Balika Vidyalaya in which the later won the match by a penalty goal ofter a keenly contested match.

The consolidation final match was between St. Joseph Balika Vidyalaya and Good Shepherd Convent Kotahena. The Shepherdians claimed the victory in the match and became 2nd Runners up in the Under 16 Sri Lanka Schools Handball Tournament 2015 in the Cup Division. 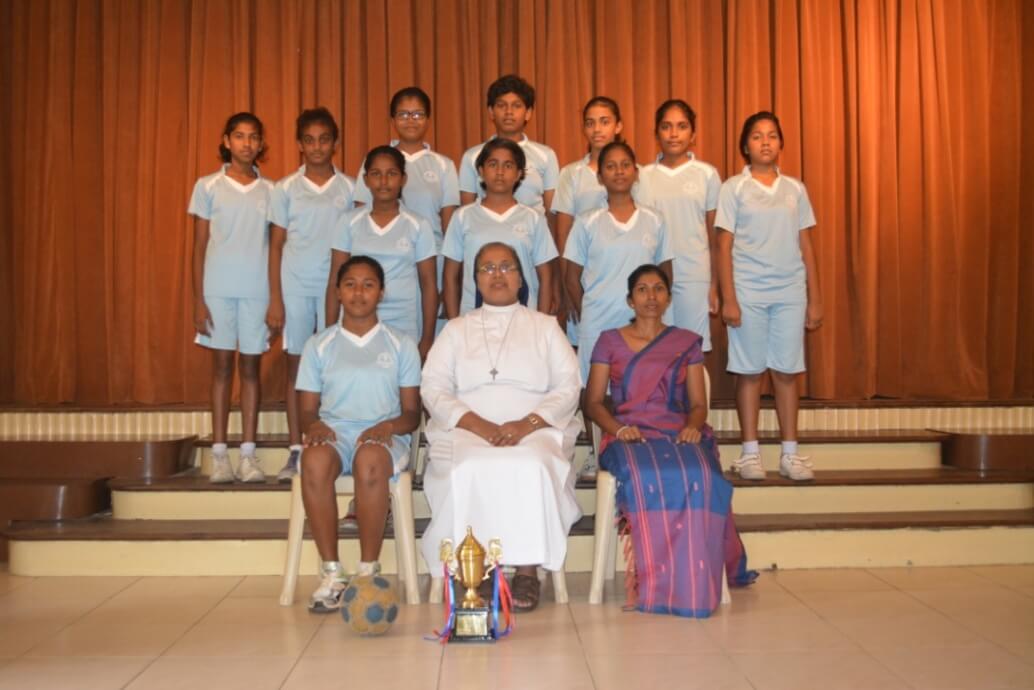 The All-Island under 20 Handball Tournament was held on 04th , 5th & 6th of June 2015 at Prince of Wales College Moratuwa. 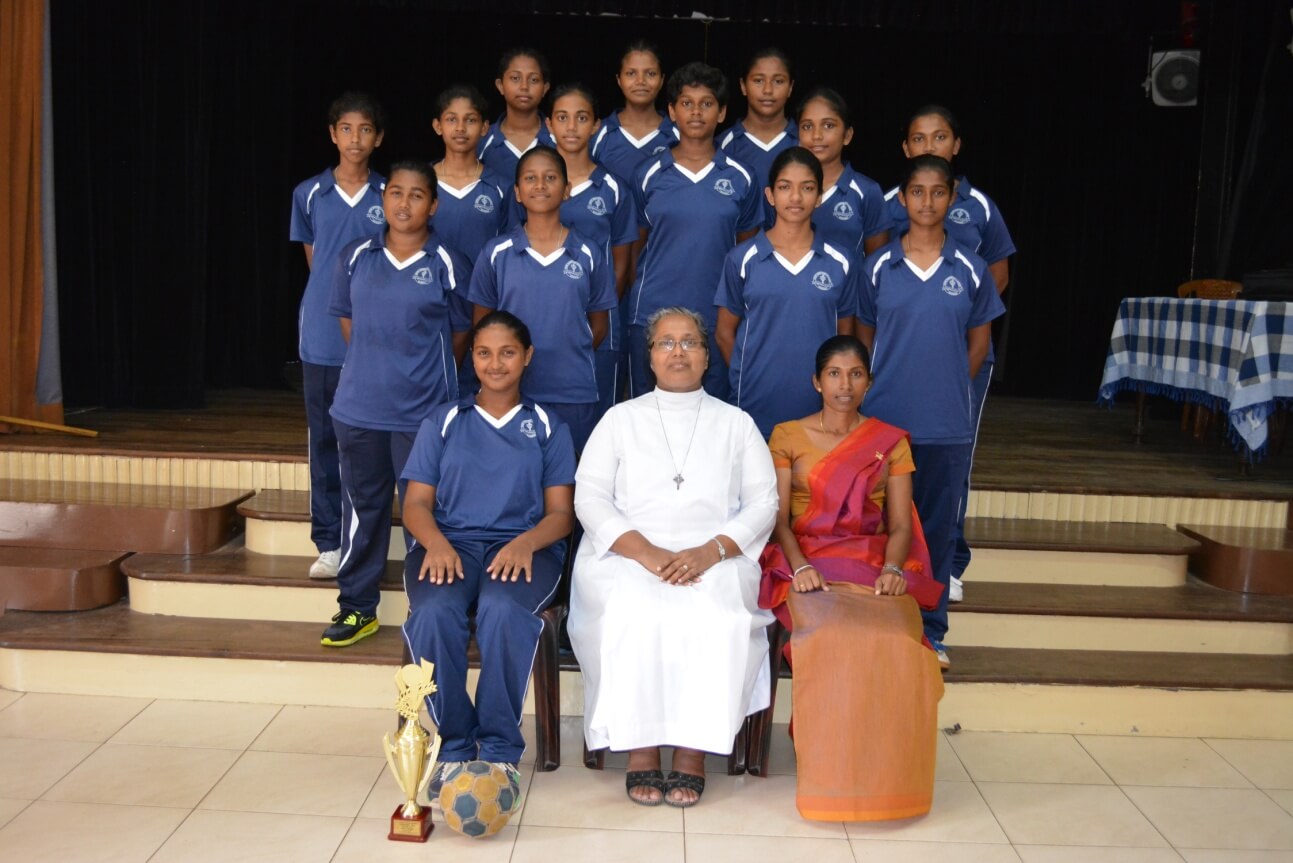 have been selected for the Sri Lanka Schools National Handball Pool. Our Congratulations to Sathdara Fernando who has been selected as the Team Captain.

The under 18 girls emerged 2nd Runners up in the Bowl Division in the All Island Inter schools Handball Tournament conducted by the Sri Lanka Schools Handball Association.

The All-Island under 16 Handball Tournament was held on 9th & 10th October -2014 at Anuradhapura Central College grounds. Many schools from Colombo & the outstations participated. Good Shepherd Convent, Kotahena qualified for the semi finals. The final match was played with Homagama Central College & we were placed Bowl 2nd runners up. 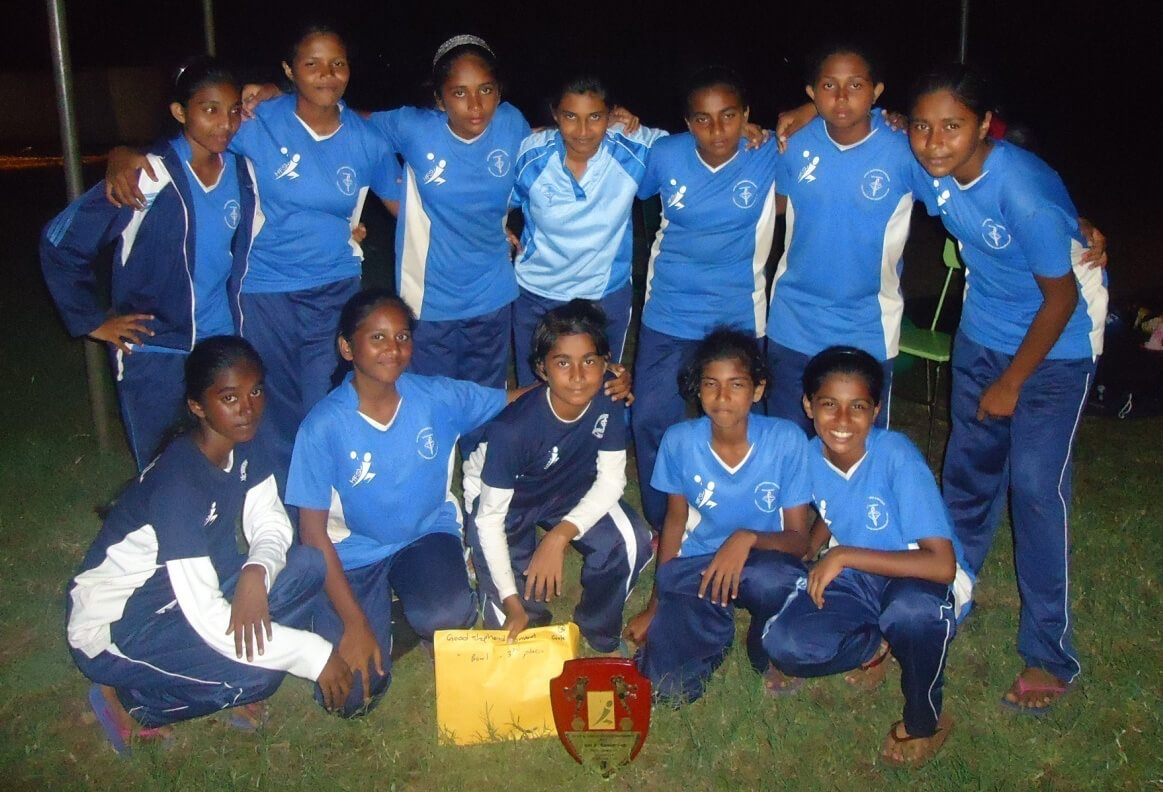