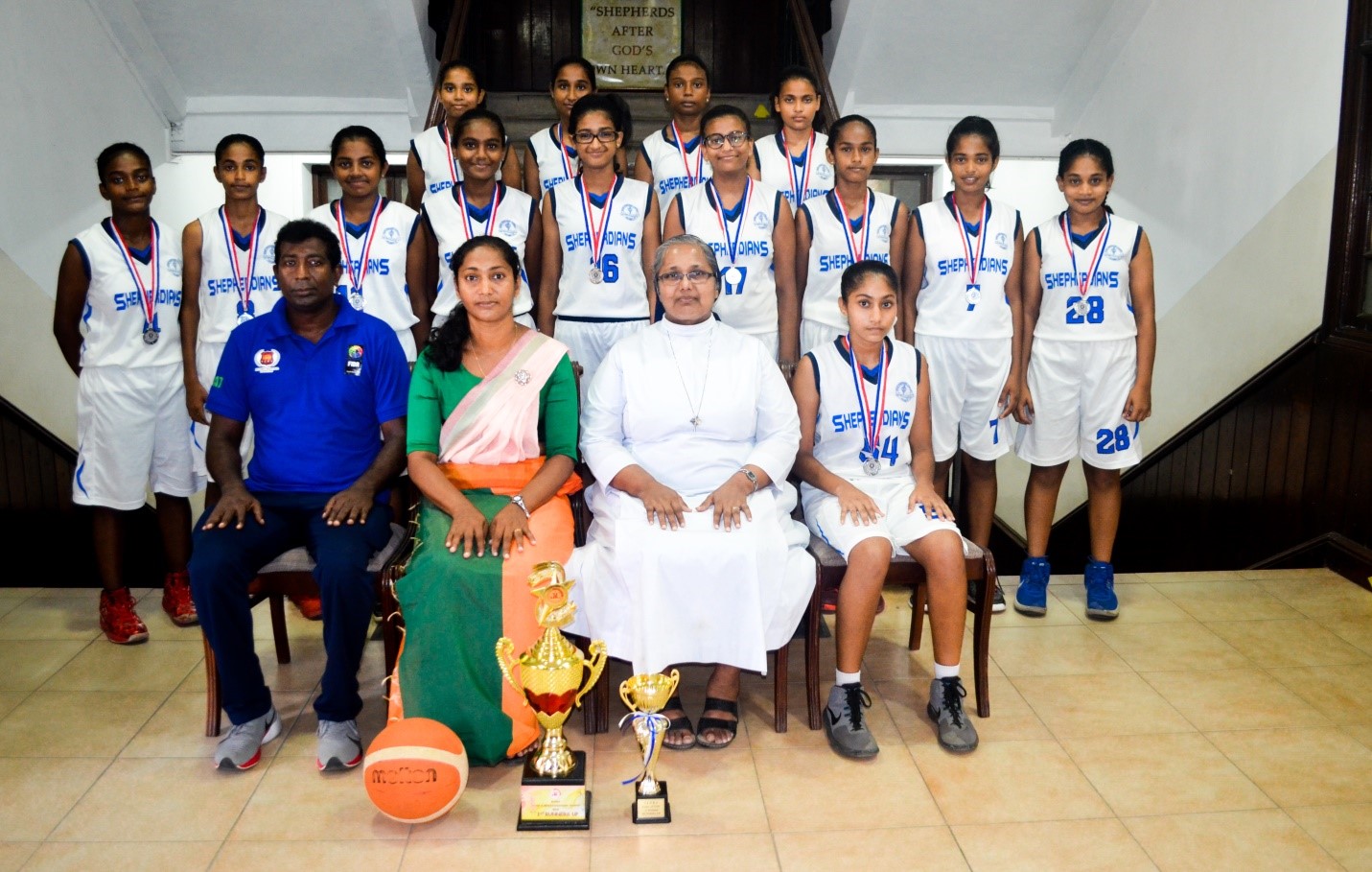 Basketball was first introduced to the school in 1970 during the leadership of Rev. Sr. Mary of St. Sabine Crooz, the then Principal. The team was then coached by Mr. Sundaralingam.

The team of Good Shepherd took part in the first ever ‘Inter-Girls School’ Open championship, organized by the Sri Lanka Basketball Federation and held at St. Peter’s College. The team excelled up to the finals and was defeated by St. Paul’s Milagiriya. The Shepherdians have also teamed to set up a ‘Shepherdian Sports Club’ making them eligible to partake in ‘Inter-Club Tournaments’.

By 1990, the Sheperdians’ excelled to occupy a slot as an unbeatable team, which qualified them to represent Sri Lanka in the Asian Basketball Championship in the year 1993 in Malaysia where they beat the virtual Indonesian National Team handsomely.

By then several members of the team were qualified to join the Sri Lankan team. 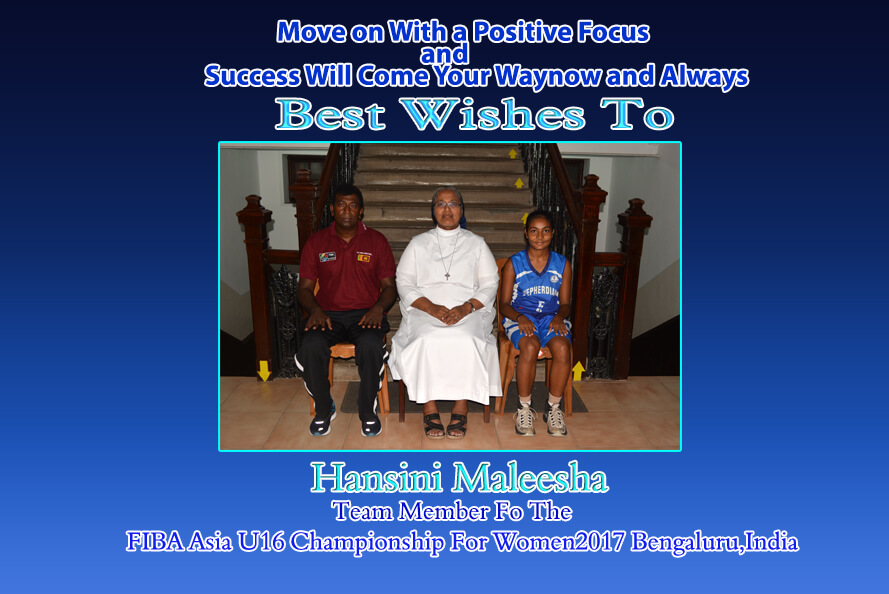 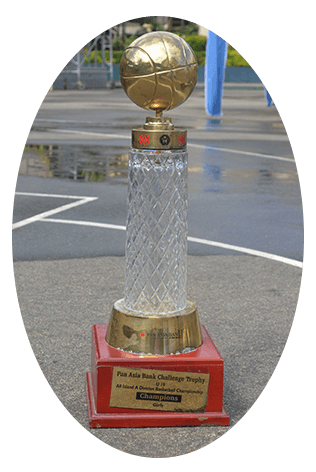 The Inter-School Under 19 ‘A’ Division Basketball Championship 2015 organized by Sri Lanka Schools Basketball Association, brought another resounding victory for the Shepherdians at Kotahena.

The final was played between Holy Family Convent, Bambalapitiya and Good Shepherd Convent, Kotahena the final score being

The Shepherdians have become champions for the fourth time under the guiding hand of our coach who gives our players the courage to believe that they can success and leave no stone unturned to make it a reality. 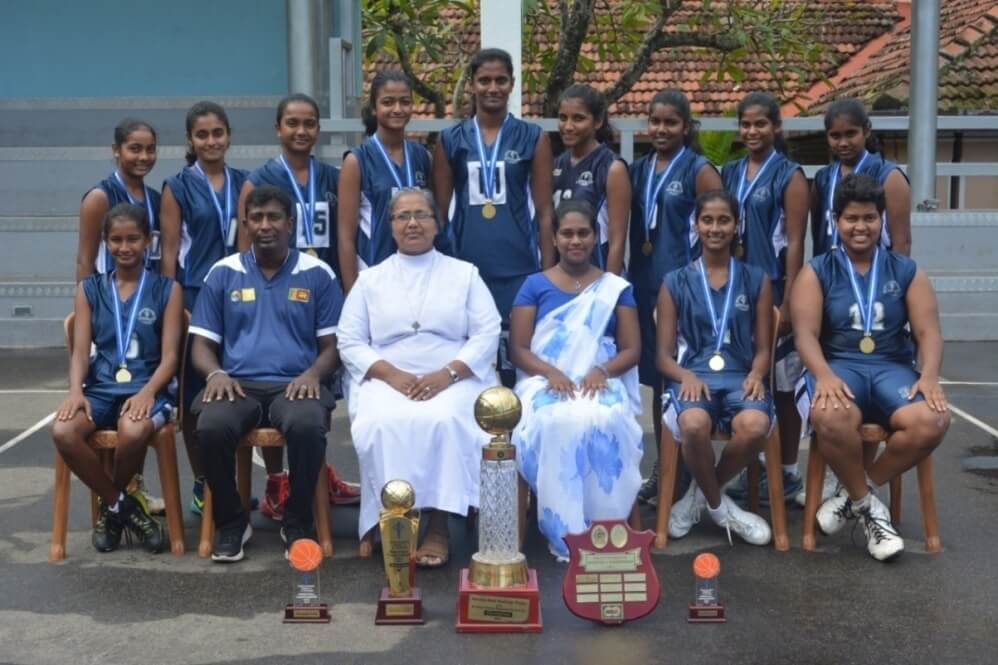 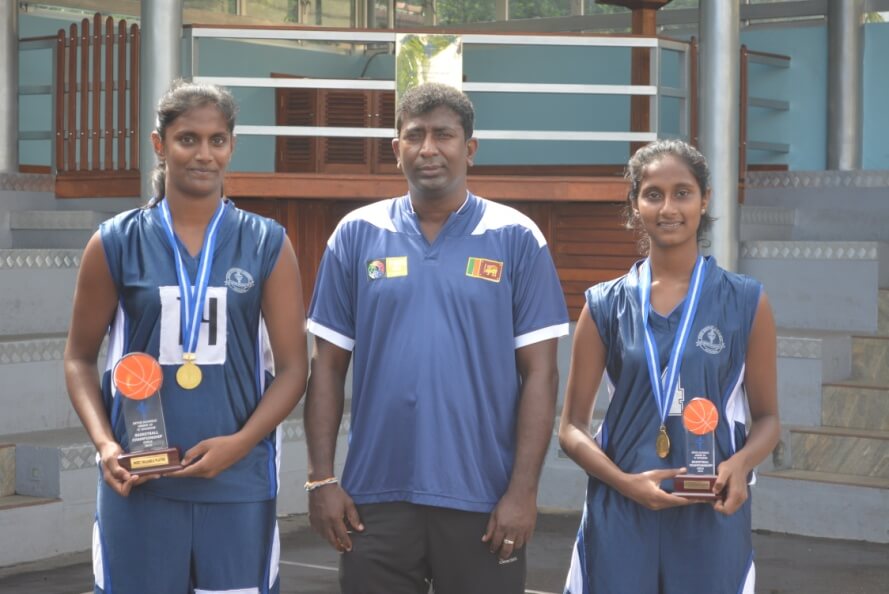 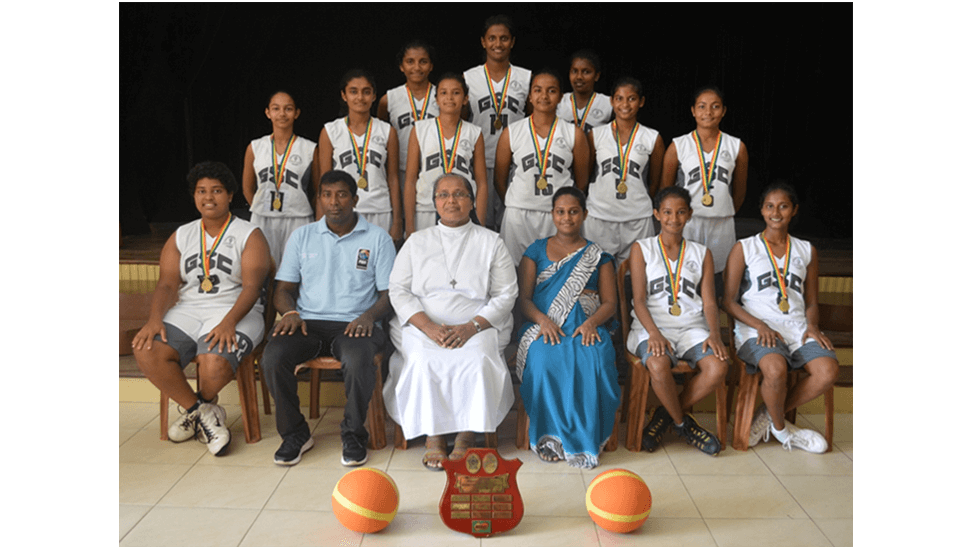 
The All-Island School Games Basketball Championship was held on the 21st of September 2015 at St. Joseph’s Girls’ School Nugegoda. The final match was played between the teams of St. Joseph’s Girls’ School and Good Shepherd Convent, Kotahena. Good Shepherd Convent emerged champions for the second consecutive year.
Special mention must be made of the coach Mr. Susil Udukumbura who always gives the right motivation to the team members. He instills in them the idea that the team is like the fingers on our hand jointed together to make the fist. With his valuable advice the team members realized that their individual strength is the back bone of the team.
Mention must also be made of our very capable teacher-in-charge Mrs. Lakshika De Mel whose dynamism enhanced their ability to become champions. St. Joseph’s Girls’ School scored 28 while Good Shepherd Convent, Kotahena scored 40.
We are happy to say the Best Player of the tournament was Shereen Preena.
Congratulations to our energetic, enthusiastic, disciplined team of players, whose continuous practice won them victory. 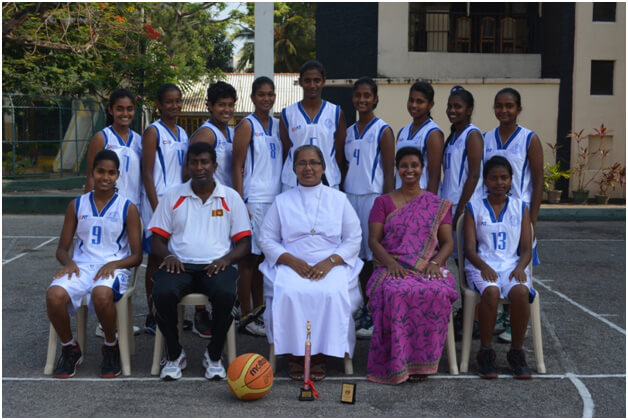 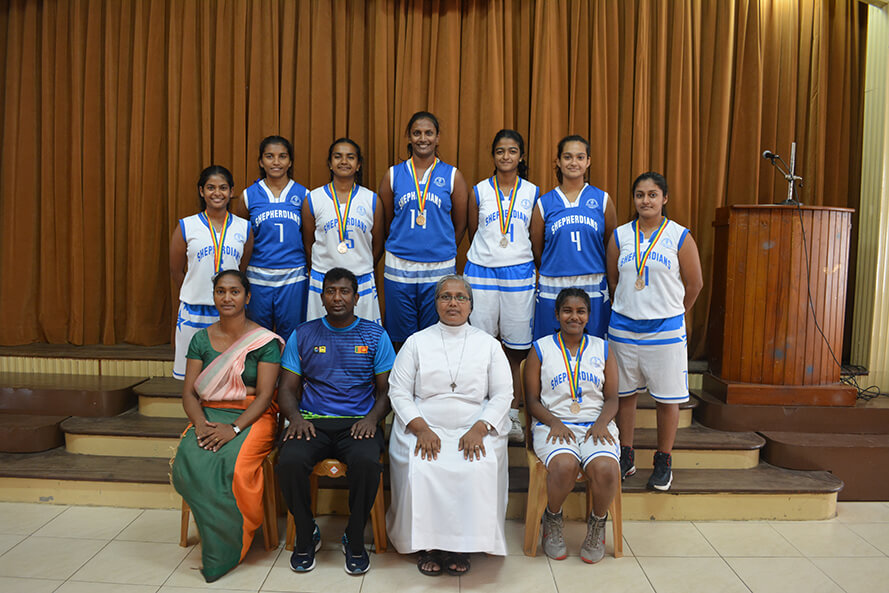 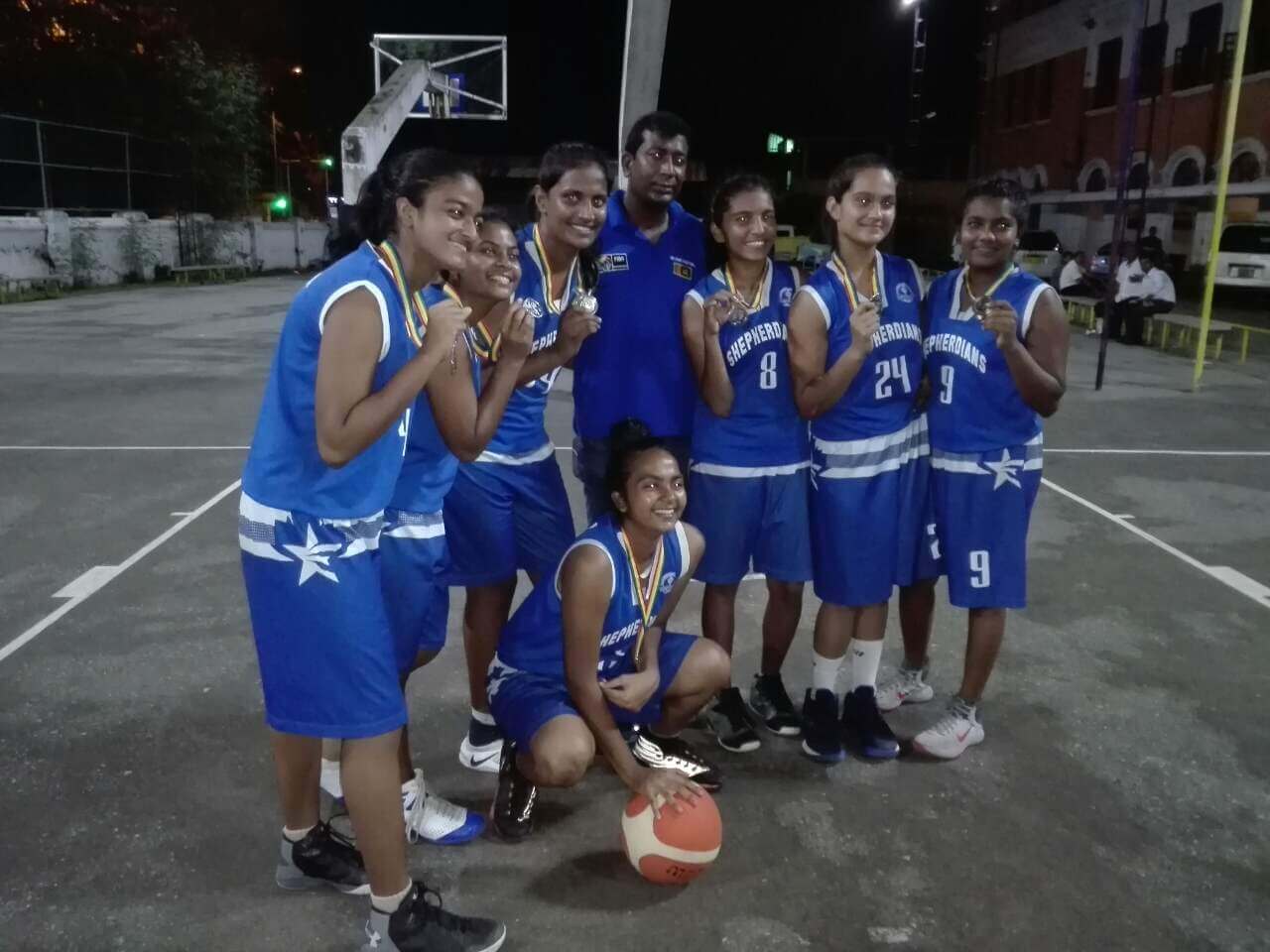 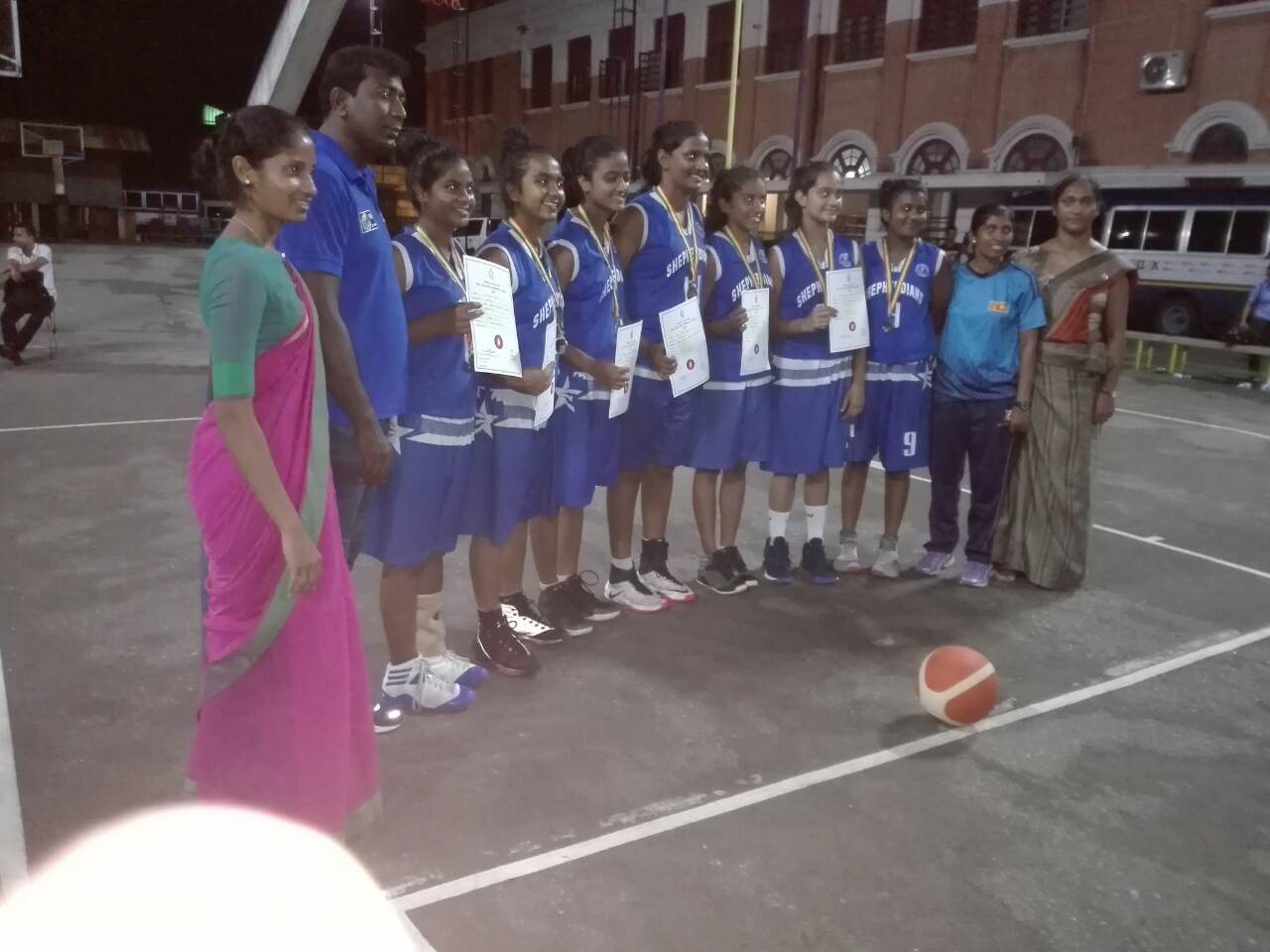 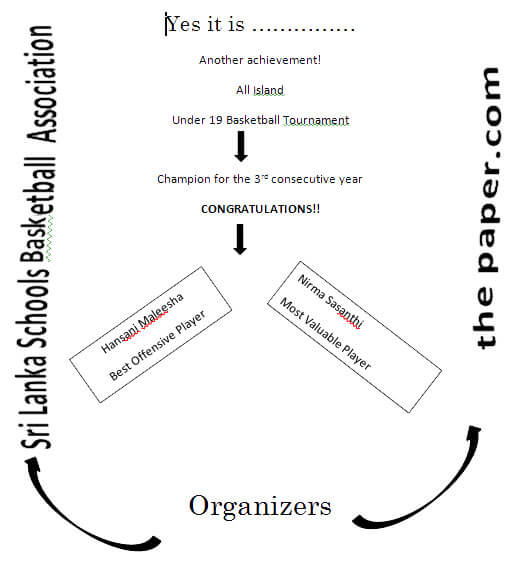 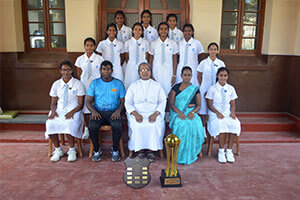 The game was both exciting and tense. At the end of the last quarter the score was 56-56. With a further five minutes granted for play the final score was 64-61.

Special mention must be made of the coach Mr. Susil Udukumbura who always gives the right motivation to the team members. He instills in them the idea that the team is like the fingers on our hand jointed together to make the fist. With his valuable advice the team members realised that their individual strengths is the back bone of the team

Nirma Sasanthi was adjudged ‘The Best Player’ of the tournament with 29 points. Three of our team members have been selected for the FIBA Asia Championship for women to be held in Amman, Jordan in October 2014. 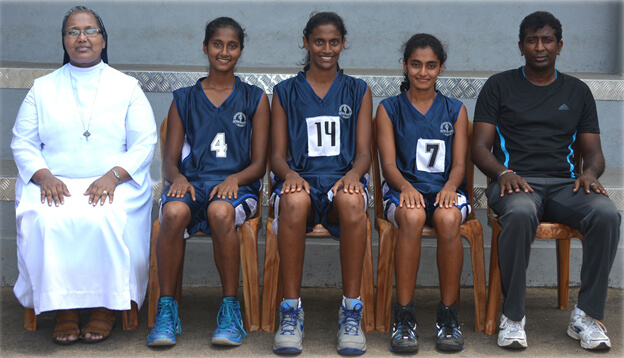 The under 17 Basketball Team of Good Shepherd Convent Kotahena, emerged champions, at the “A” Division All Island Schools Championship held in the 1st week of August 2014 at Henry Pedries Basketball court, Colombo 05.

The semi final match was played with St. Joseph’s Girl’s school Nugegoda and the score was 65-22.

The final match was played with Holy Family Convent Bambalapitiya and the score was 34-26. This achievement by the team is after a period of years. 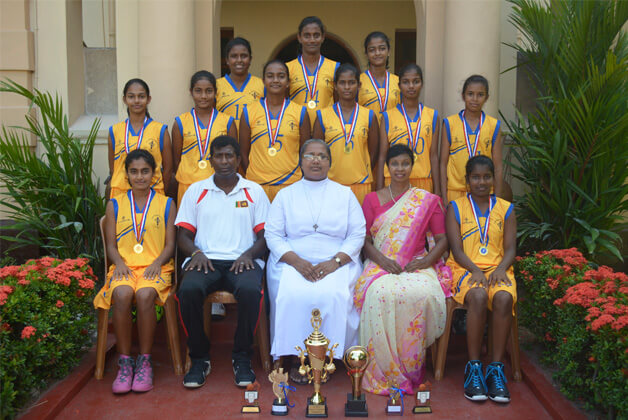